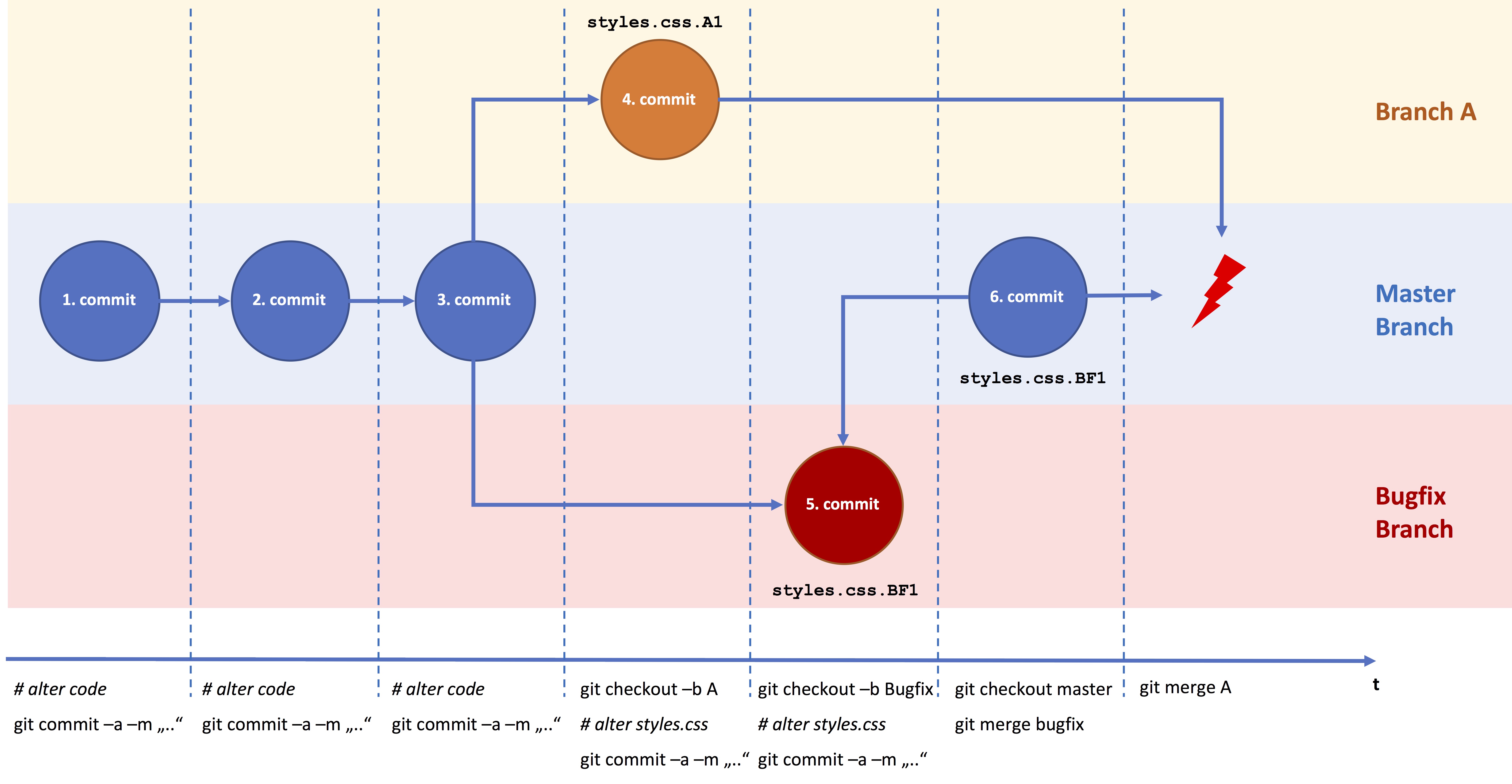 Branching sounds fine, but quite often so-called merge-conflicts occur, even in a single-user local-git-repository environment.

As we learned in the previous part of the tutorial this might not be a problem at all. This is what branching is for. You create a bugfix branch, fix the bug in styles.css, merge it into the MASTER and then deploy the MASTER into production.

So far this is not a problem. The problem will occur when you finished developing your new feature (that also affected styles.css) and merge it into the MASTER. So far changes from the bugfix were only merged with the MASTER. Branch A has no knowledge of this change. With the merge from Branch A into the MASTER, Git doesn’t know which is the correct version. Hence, Git responds with an error: merge-conflict. You have to resolve this conflict manually.

So after merging branch A into the MASTER using git merge A, Git will provide a message like

The whole merge process has put on halt. The data of branch A that was about to be merge is now in the Staging Area of the Master Branch (the Local Repository). You now have to manually resolve the conflict in styles.css manually.

When you edit styles.css you will discover that git added a few lines to the files (the version of styles.css that is currently in the Local Repository (HEAD) and the version with your changes in branch A:

You now have to manually the correct version of styles.css, e.g.

Then you have to add and commit the changes with git commit -a -m "conflict in styles.css resolved"

I haven’t covered all the possible things that can happen, e.g. try to make changes in branch A without adding/committing them and check-out the Bugfix branch and other things. Again, before using Git in a serious project, I highly recommend experimenting a bit more with this simple setting (one master, two branches, two text-files) to become more familiar with Git. When you are using Git to develop larger projects, you might have more than one merge-conflict at once. It can be difficult to keep track of all the changes. Hence, in this case, I recommend using Git GUI clients, such as SourceTree and others.